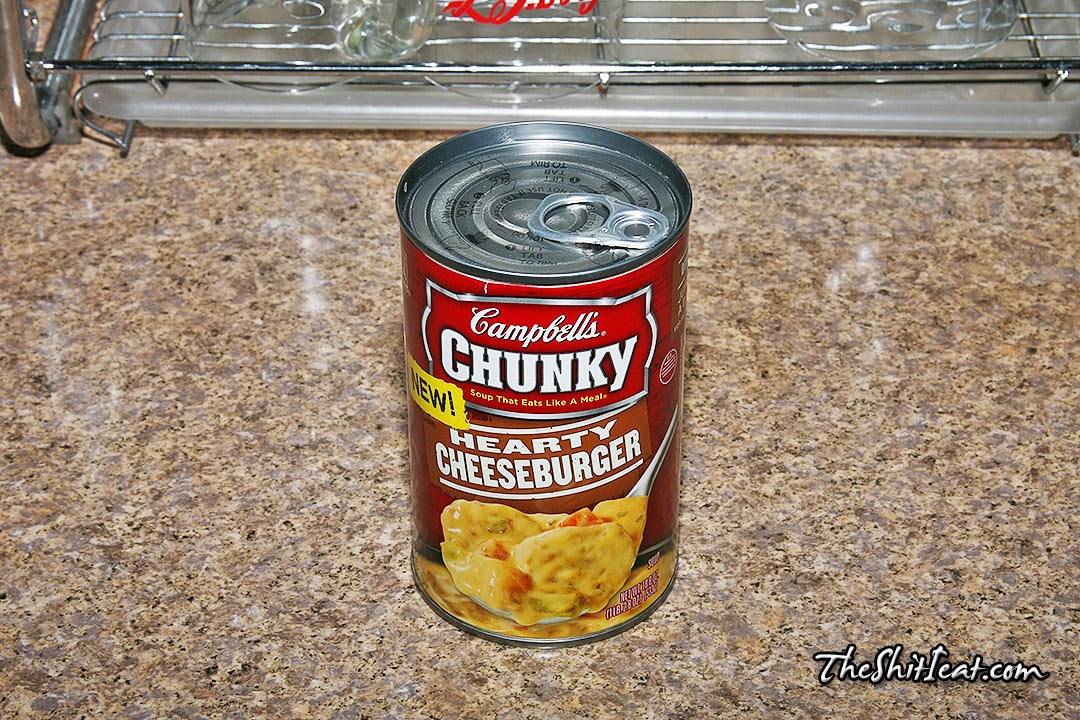 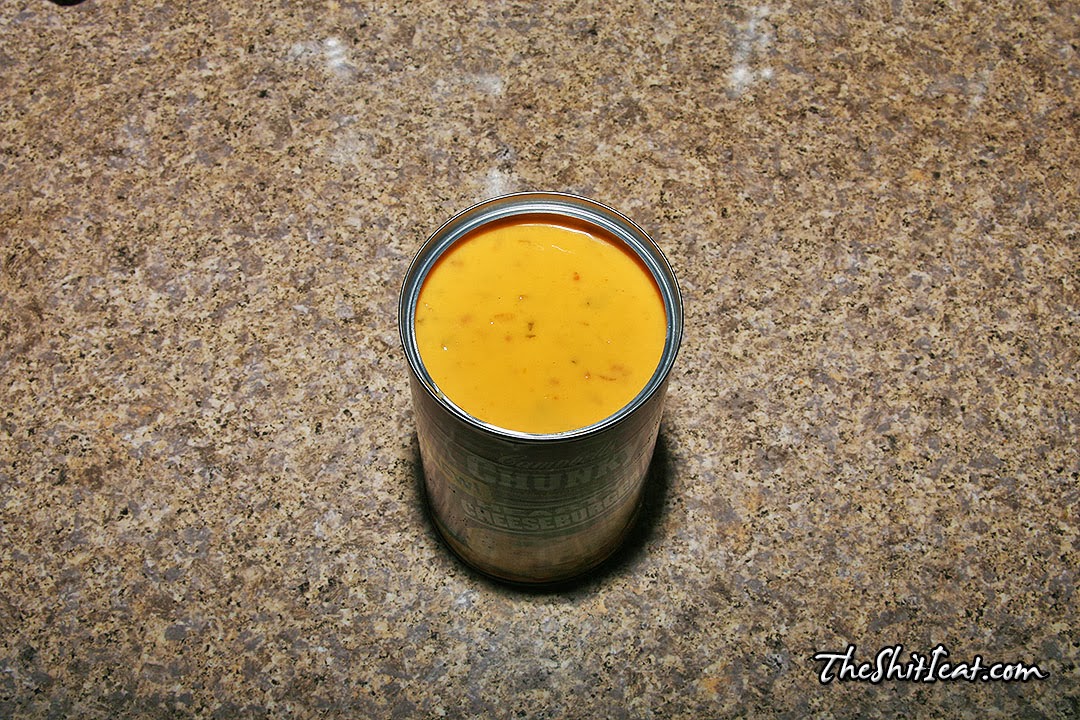 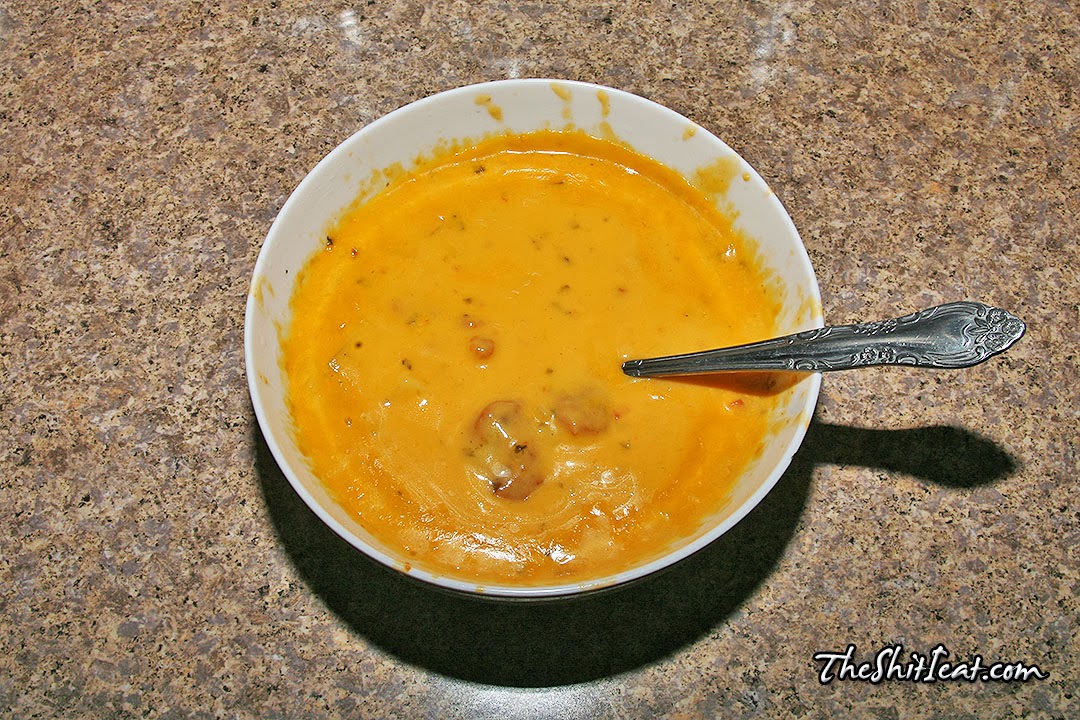 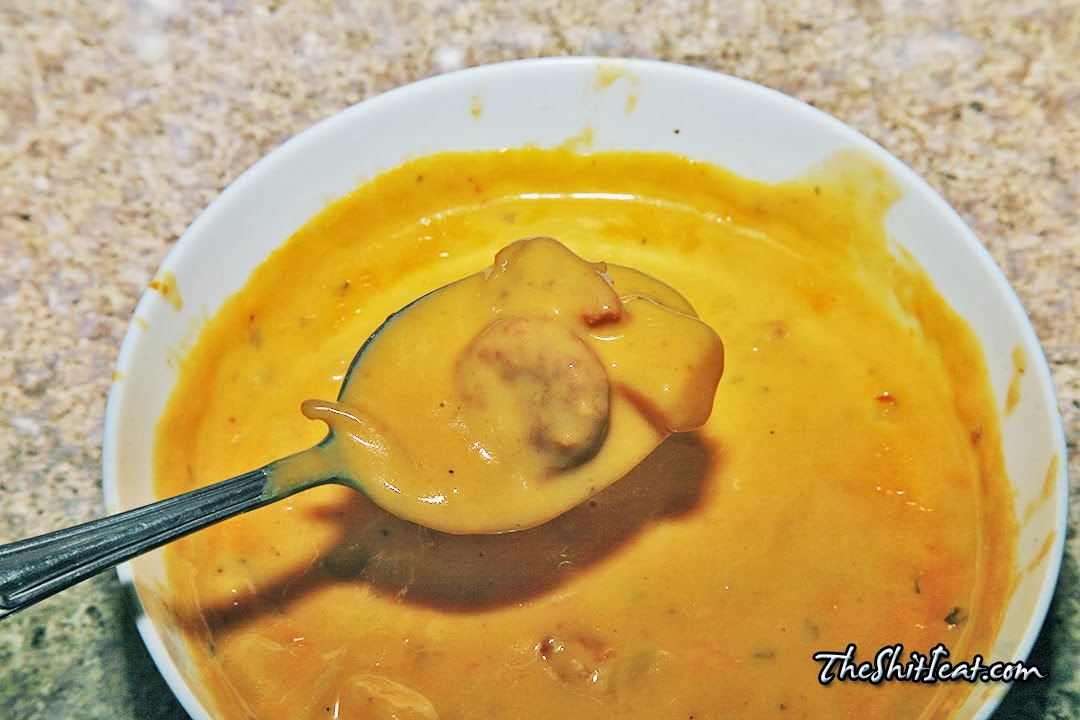 Less than a month ago, around the time just before the Super Bowl I noticed this Campbell's ad on YouTube, and this flavor was mentioned there, so I wrote it down on the Post-It note [just to seal-in the fact that the cheeseburger soup actually exist and that I have not made it up] and then couple of days went to local supermarkets to check if they have it up on the shelves up for purchase. None of the 4 supermarkets in my area had it since they carry just the baseline flavors, and one of the supermarket employees could not believe me that there is actually a cheeseburger flavor and thought that I was just messing with her. Then I figured that I should just go and check out if they have this soup flavor over at Target, since they have expanded assortment there. It took me a while to find it [since it was on one of the lower shelves] and the price was right: $1.44 per can. The soup tastes creamy and a bit sauce, which I think is just right. There are also potato pieces and flake-sized unidentified pieces of vegetables. Despite my hate for bfor boiled potato pieces in the soups, I actually ate these without disgust since the cheesy soup was so good that it masked-out the potatoes. But the best part was the micro-sized burger bites that were just awesome while coated in the cheesy soup. I love this soup! But I can definitely see that it may not be everyone's "cup of tea". I will buy more cans of it next time when I will be over at Target.

Email ThisBlogThis!Share to TwitterShare to FacebookShare to Pinterest
Labels: Can, Soup