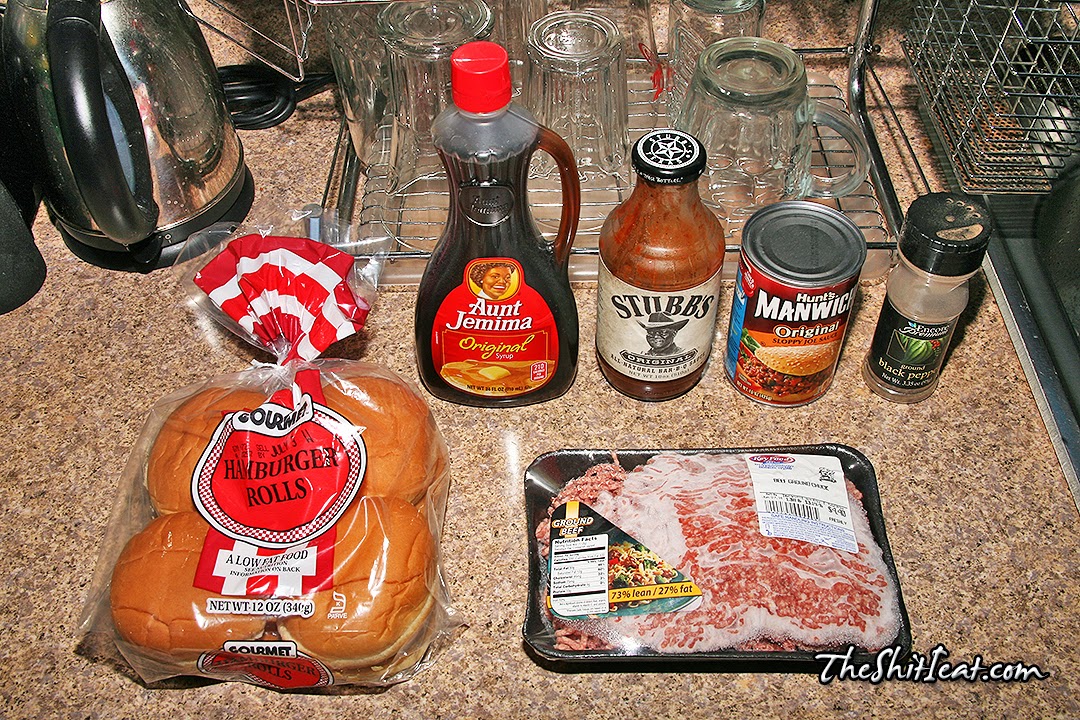 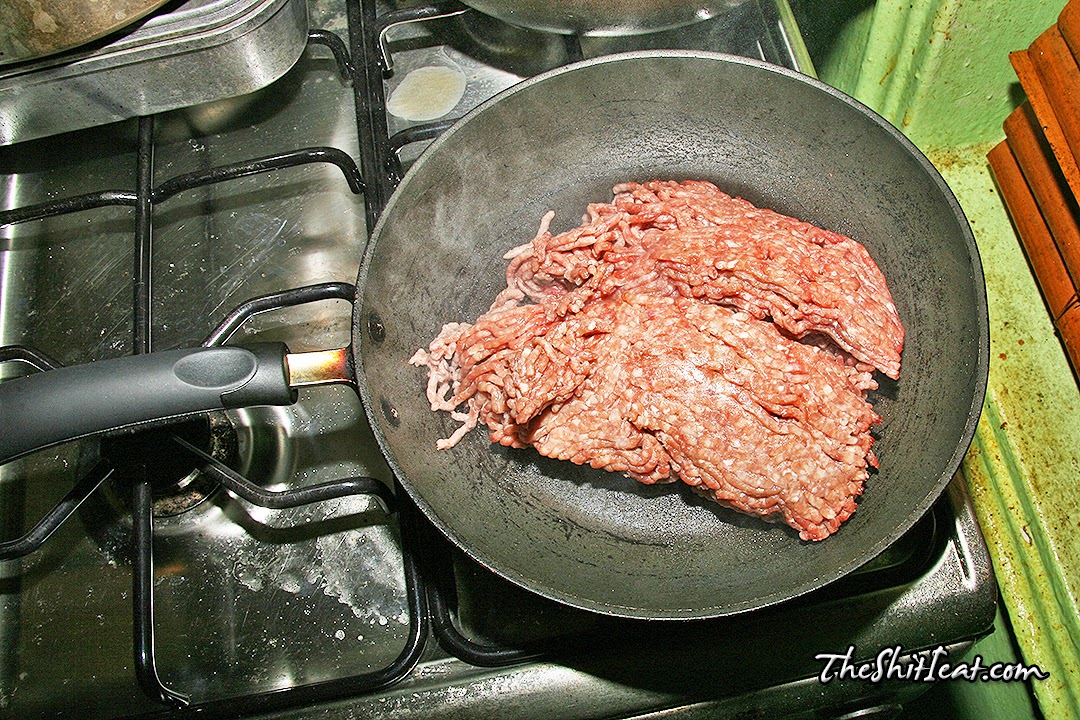 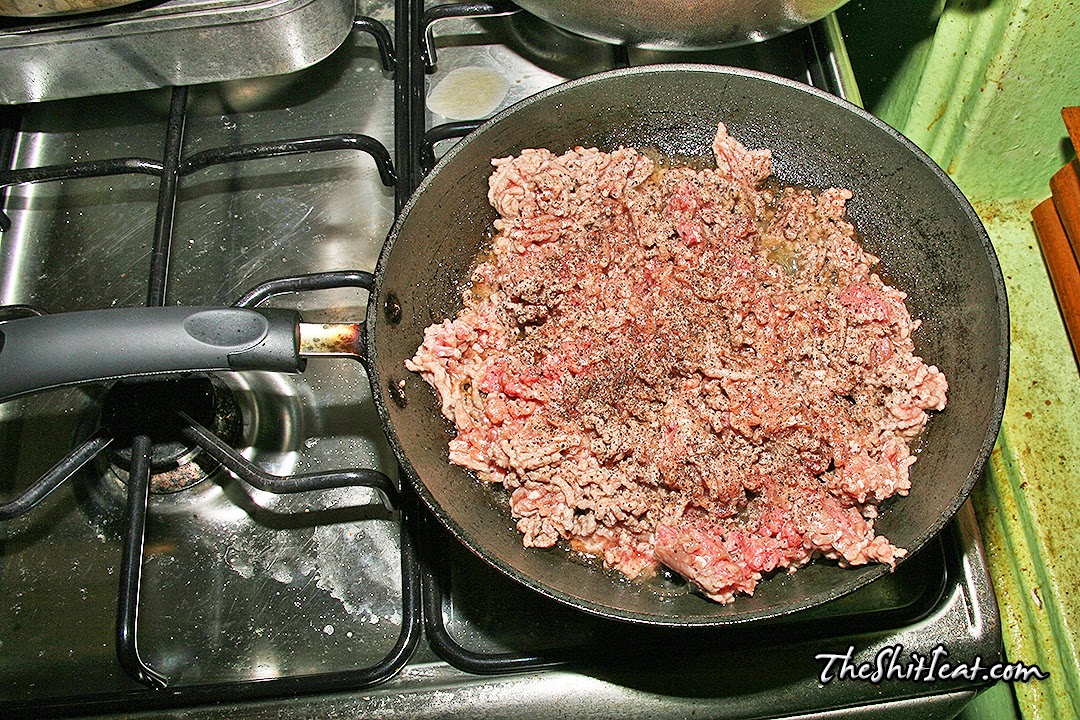 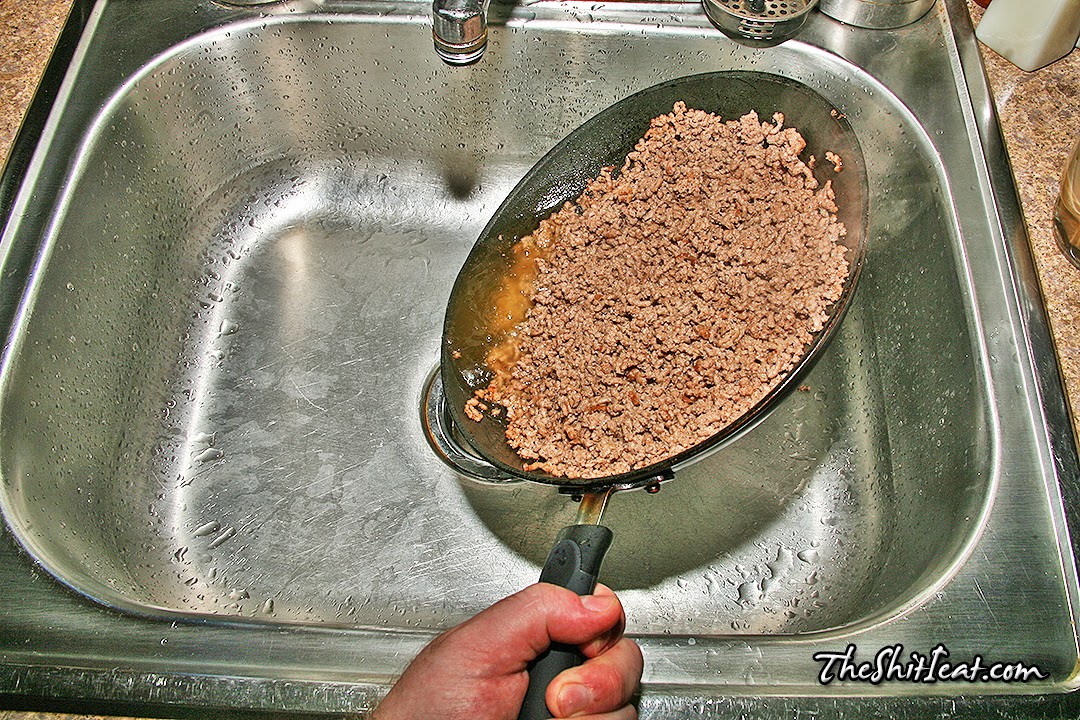 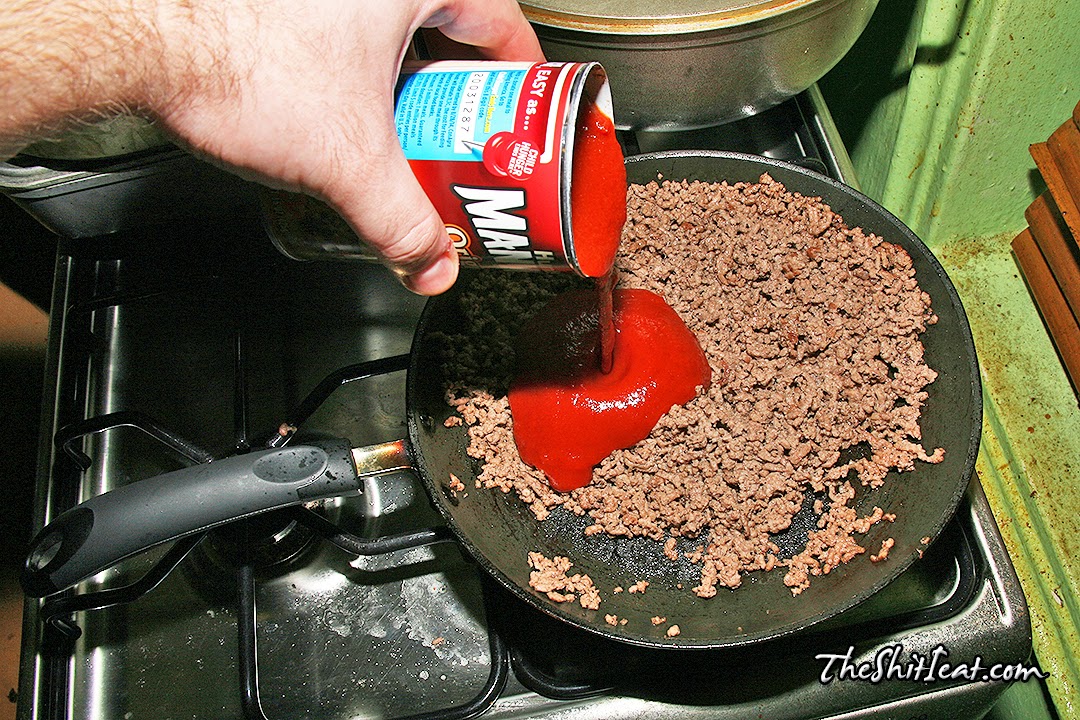 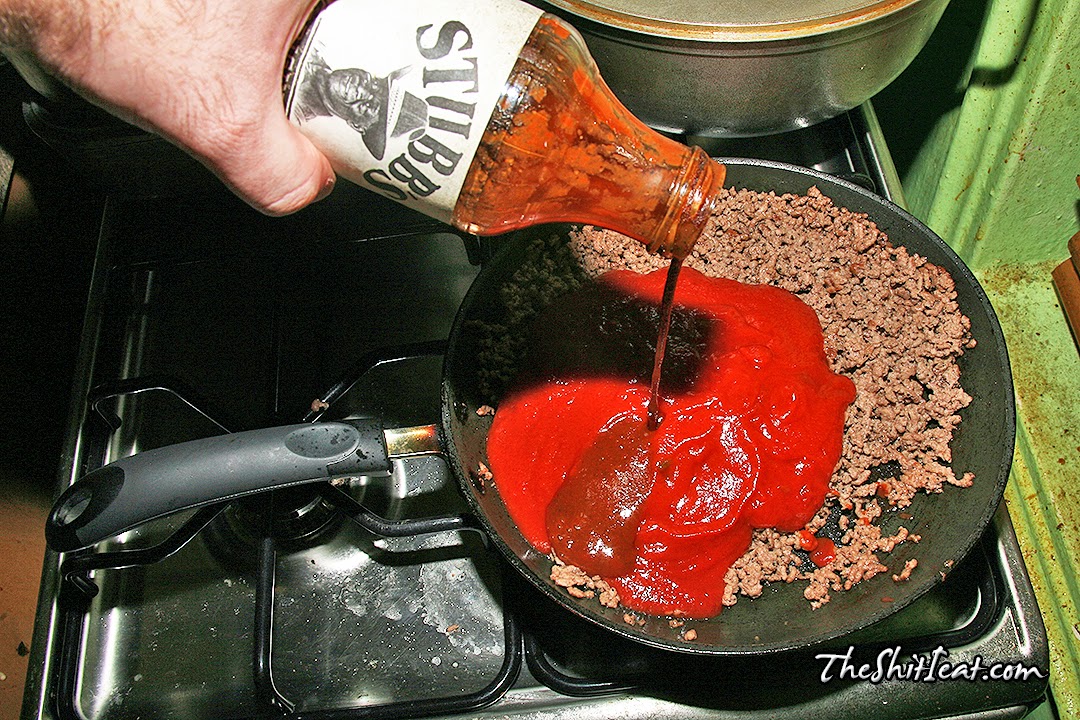 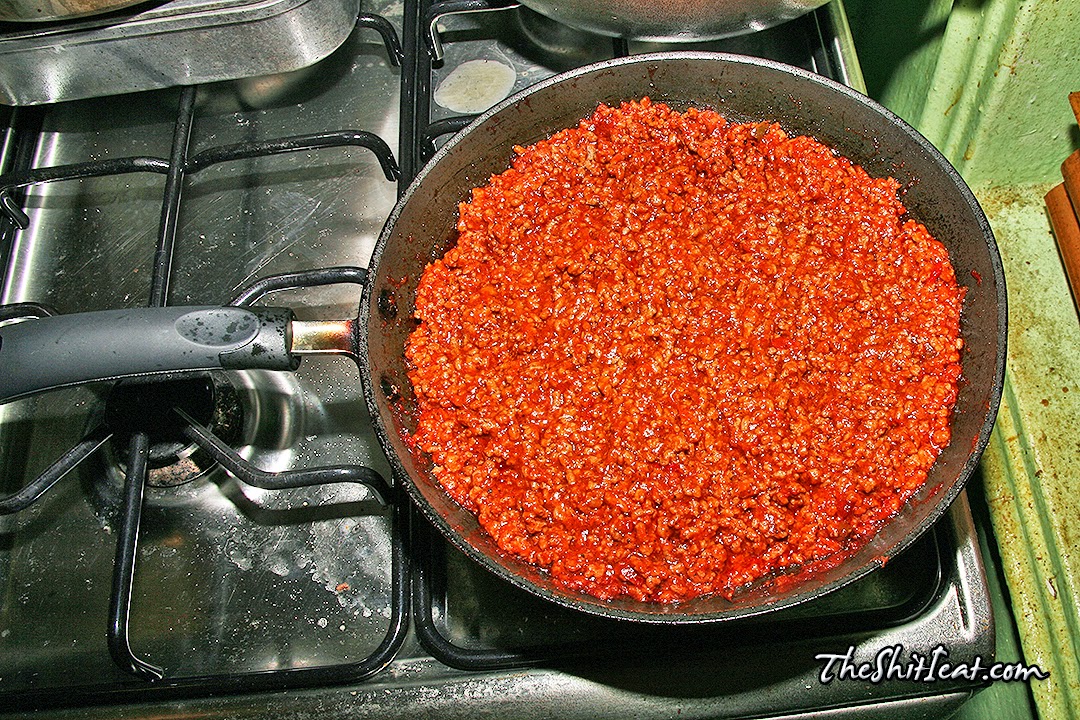 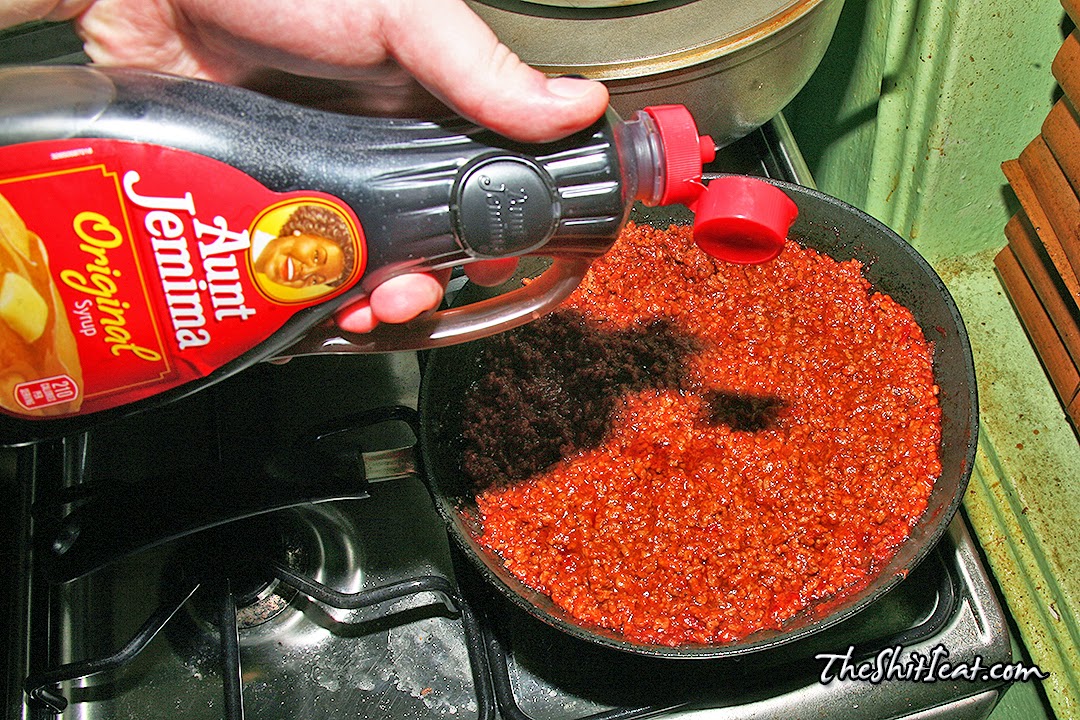 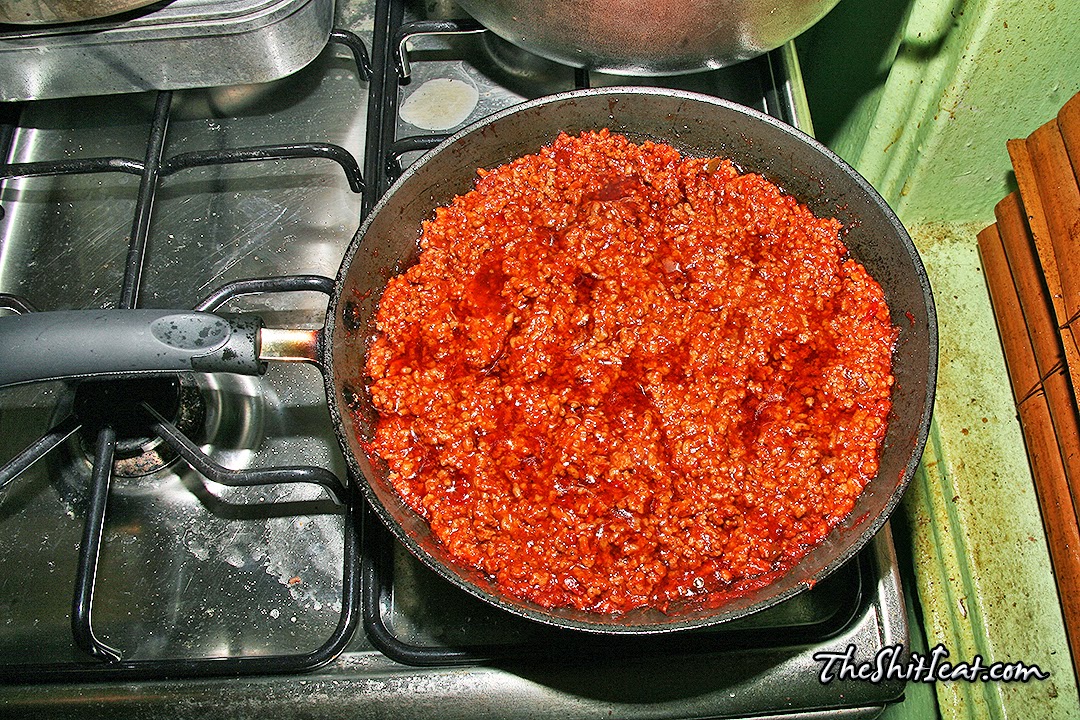 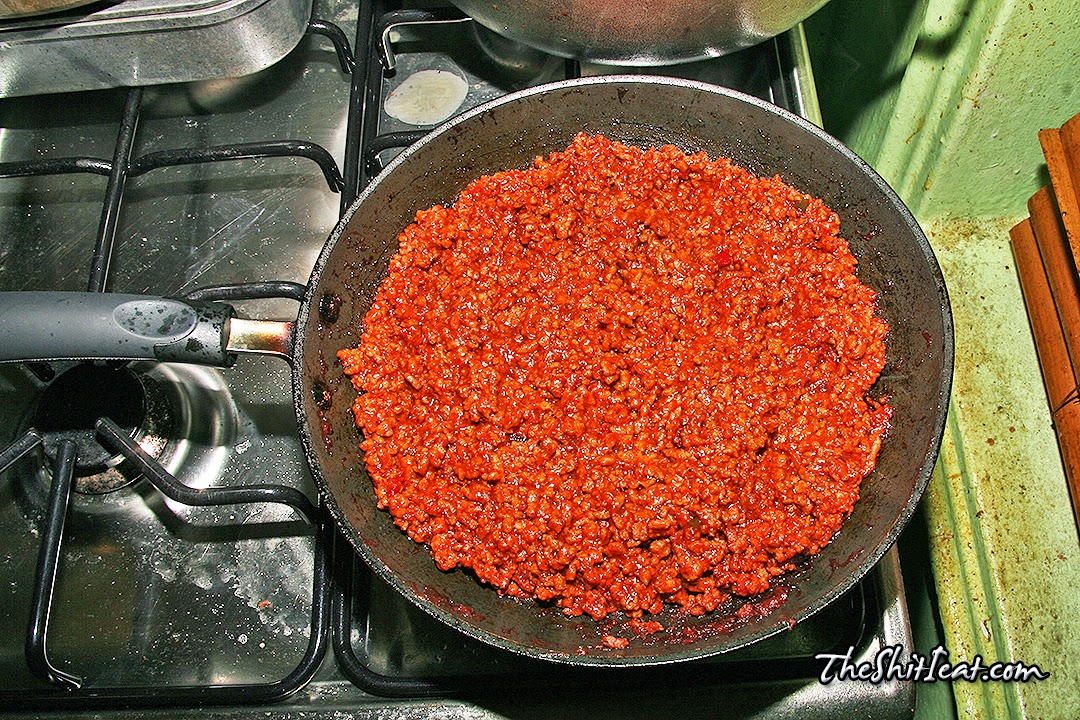 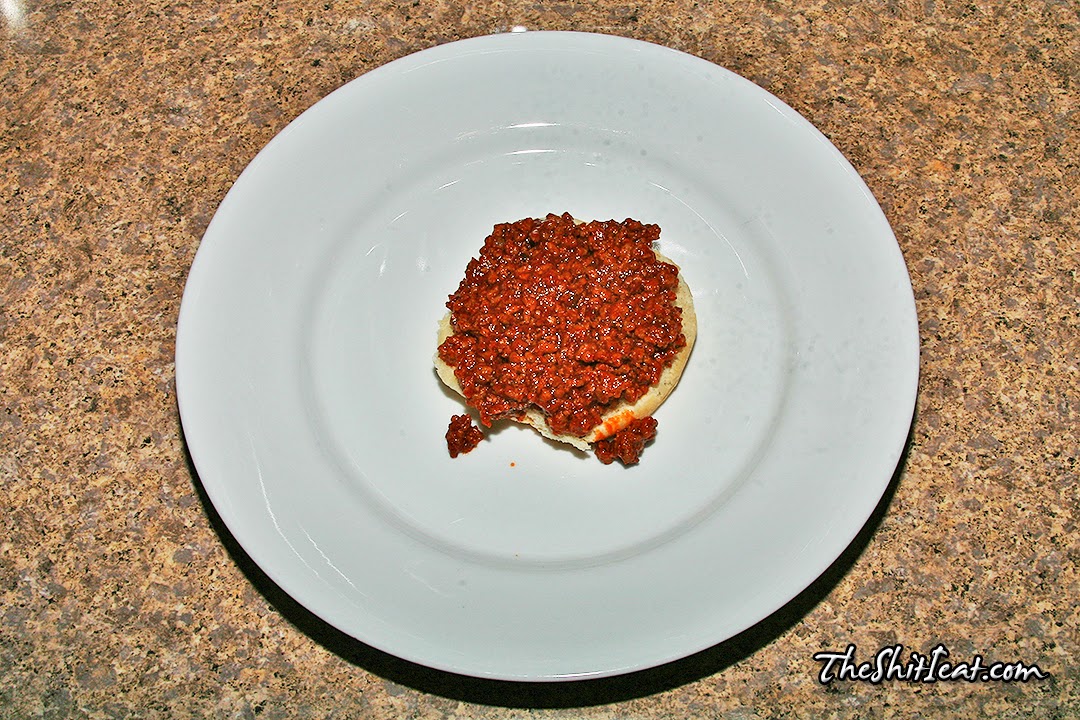 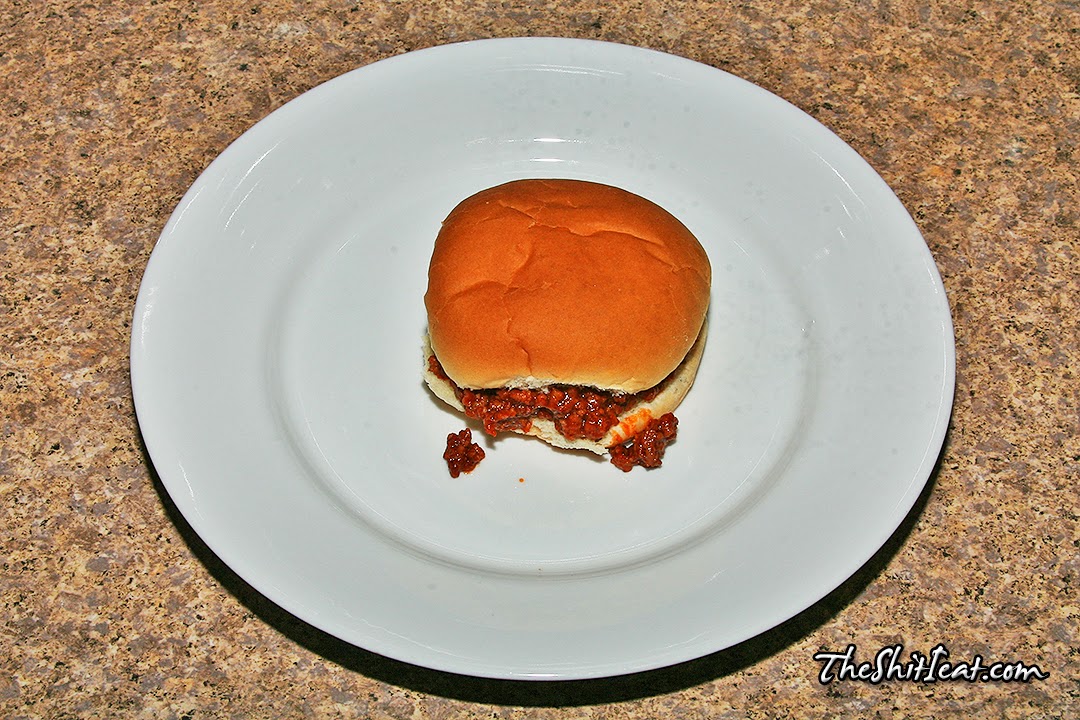 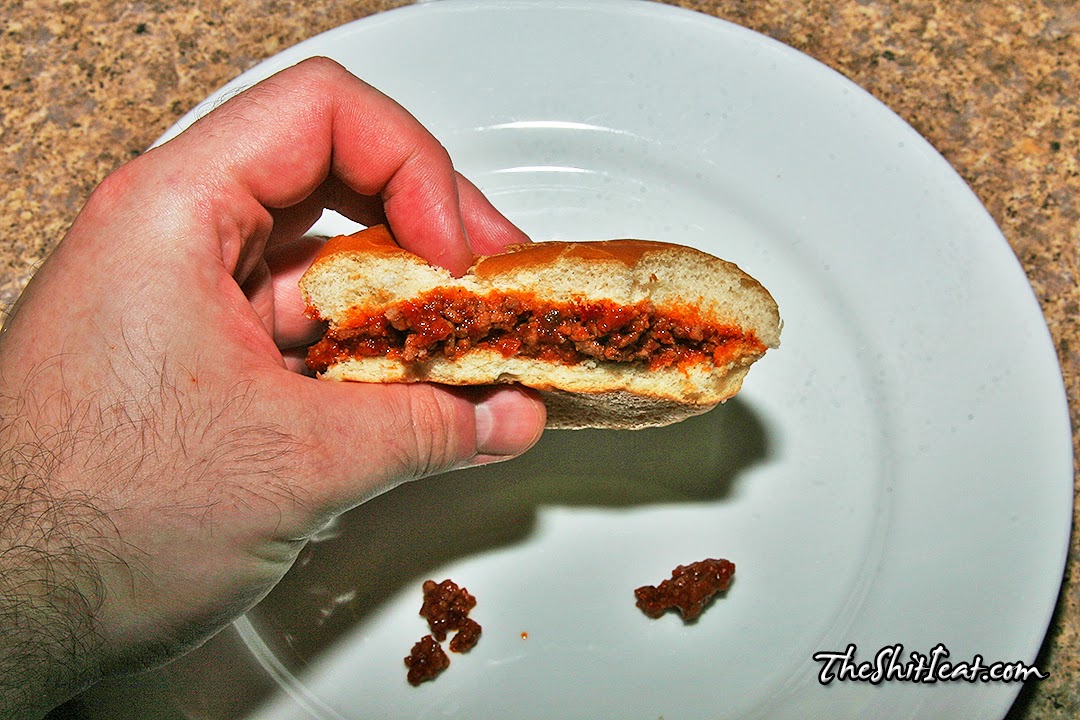 Made this sandwich couple of days ago, using a recipe that I came up with couple of month ago after I made some sloppy joe sandwiches. Its pretty much same thing as sloppy joe, but some BBQ sauce [Stubbs in my case, since he seems like he wouldn't mind tapping some o' Jemima] should also be mixed while the sloppy joe sauce gets into ground beef. After it simmers into done-ness, some Aunt Jemima syrup should be added to the sloppy meat and simmered for another 15 or minutes, with occasional stirring. I really like the end results how it all came together into the sandwich. To tell the truth, I ate 3 of these sandwiches and finished the Sloppy Jemima meat all by itself, it'was so gewd!
Posted by Dick Anus at 6:31 PM

Email ThisBlogThis!Share to TwitterShare to FacebookShare to Pinterest
Labels: I Made It, Sandwiches