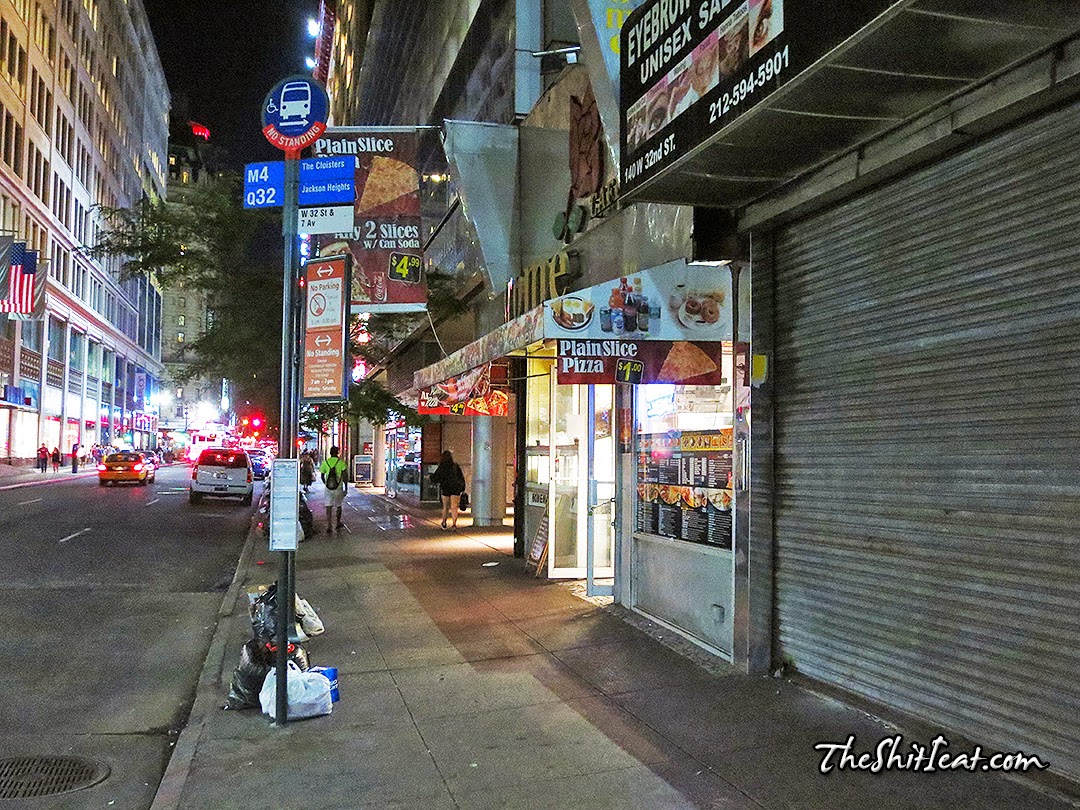 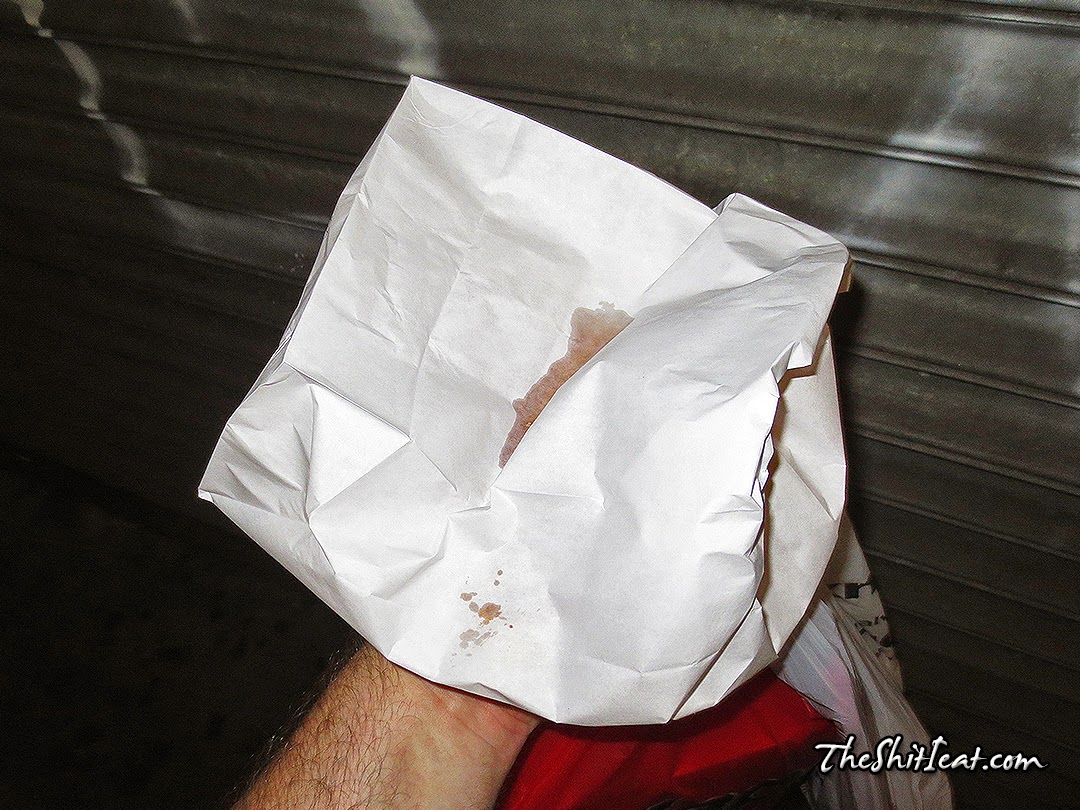 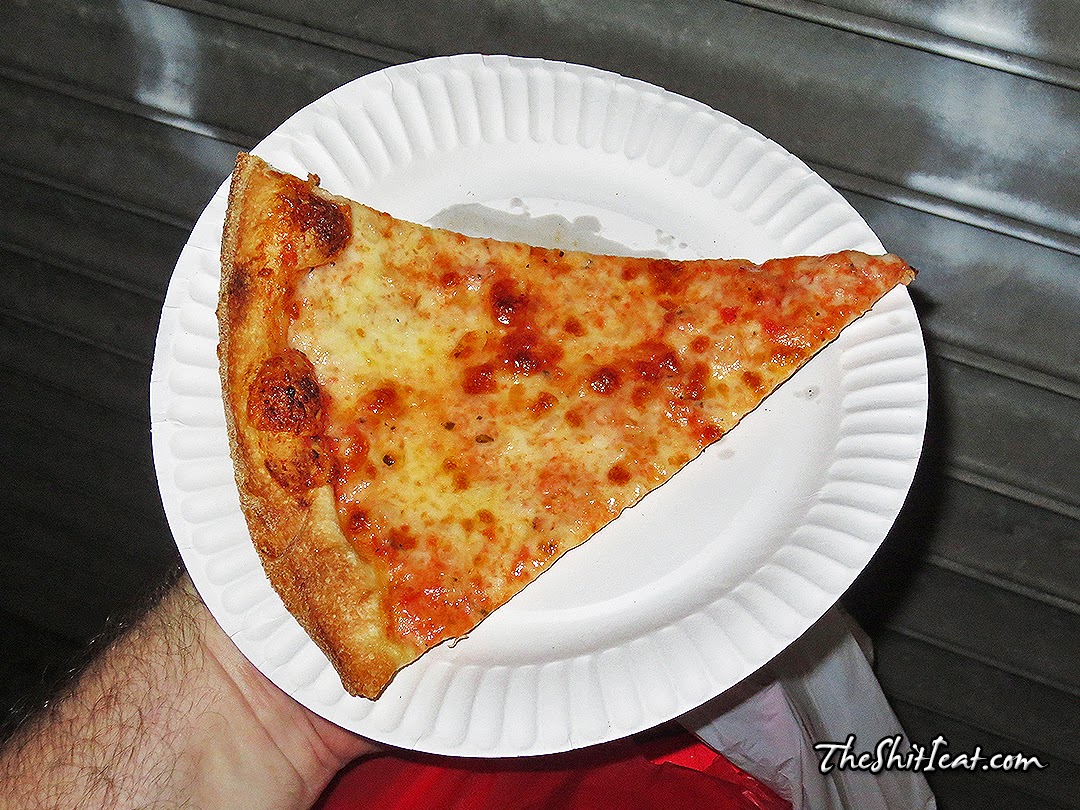 I always wanted to try this pizza since its almost right next door to the Jack's World store, but for years could never find time to do it for one or another reason. So couple of weeks ago I wanted to stop-by the Jack's World to make a return, but they were already closed since it was past 8PM, so I decided to get some of this pizza. It says $1 on the sign, but I was taxed and the total came to $1.09, but this wasn't an issue for me, because this pizza turned out to be the best "dollar slice" [compared to other dollar slices] that I ever had in NYC. The crust/dough was very good, there was plenty of cheese and the whole slice was properly-thin. The sauce was pretty average for a dollar slice, but it blended well with crust and cheese. I will sure stop here again in the future and try their other slices.
Posted by Dick Anus at 9:56 AM