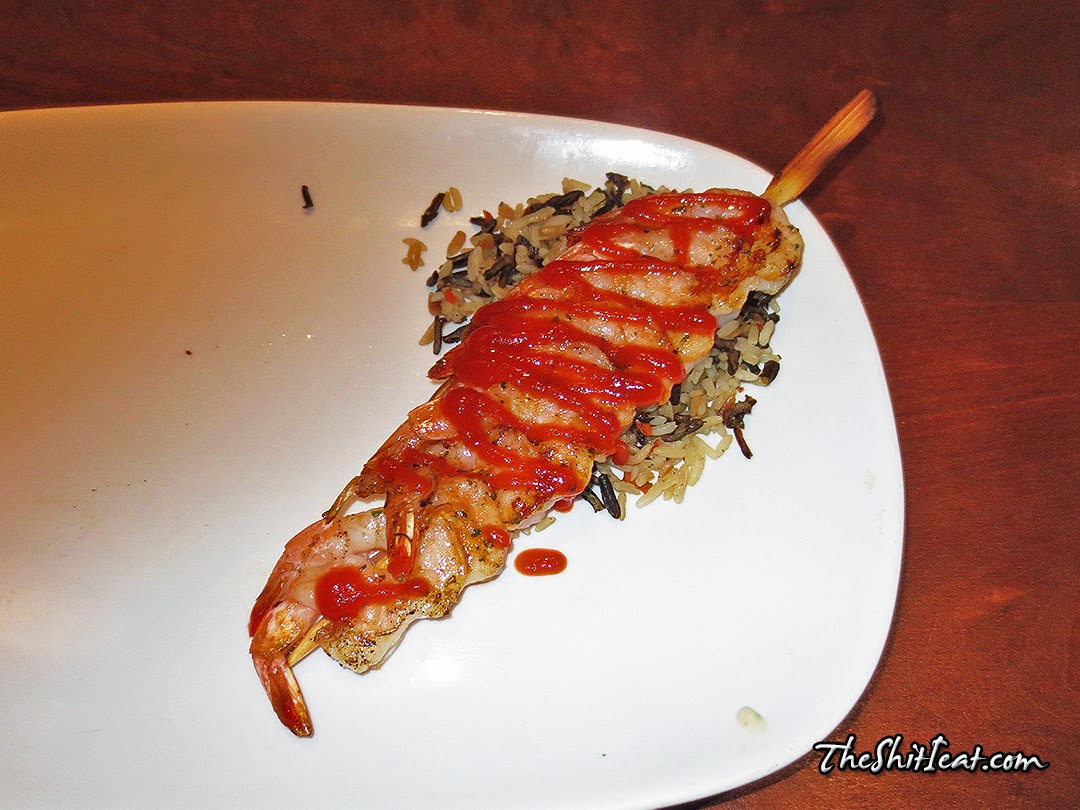 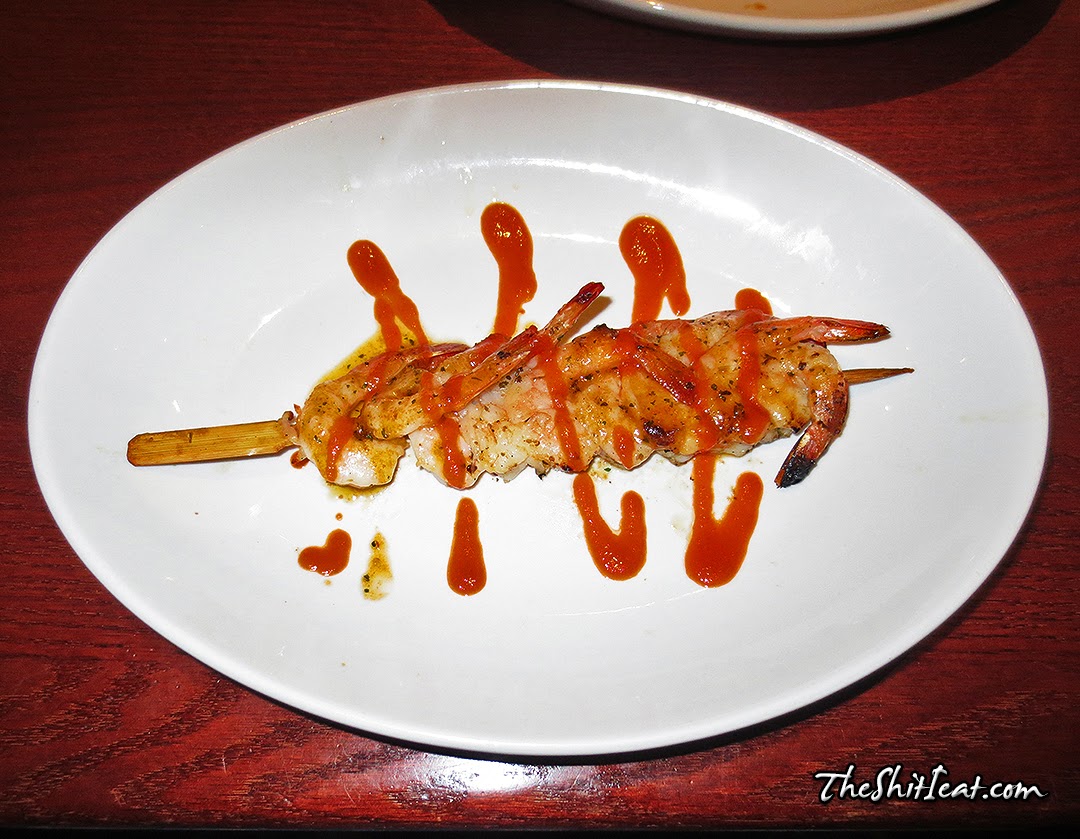 Went to Red Lobster couple days ago for their annual Endless Shrimp event and tried these shrimp among the other ones that they offer. The initial order comes with some mixed rice, but I'm not a rice fan [unless its any kind of fried rice from my favorite Chinese joint] so I skipped the rice: I noticed that other Red Lobster visitor who ordered Sriracha Grilled Shrimp also left the rice untouched [or so it seemed to me]. I had these shrimp at Harlem and at Times Square Red Lobster locations, and the later one seemed to me more ejoyable, since the shrimp were thoroughly grilled and had more pronounced grilled flavor as well as the grill sears to them. The sriracha sauce was reasonably spicy, but not too spicy: I tried to avoid dipping the shrimp into the sauce that was drizzled on the plate and had some of their lemonade to keep me hydrated. The seasoning/flakes that were on these shrimp really helped add flavor to the shrimp. Red Lobster's website states that these shrimp comes with "creamy Sriracha aioli" but I got jack-shit of this aioli at both locations. Personally, these shrimp were my favorite out of all shrimp that were available at Endless Shrimp event, and I ate 16 plates of them at Red Lobster Herald Square.
Posted by Dick Anus at 10:44 AM