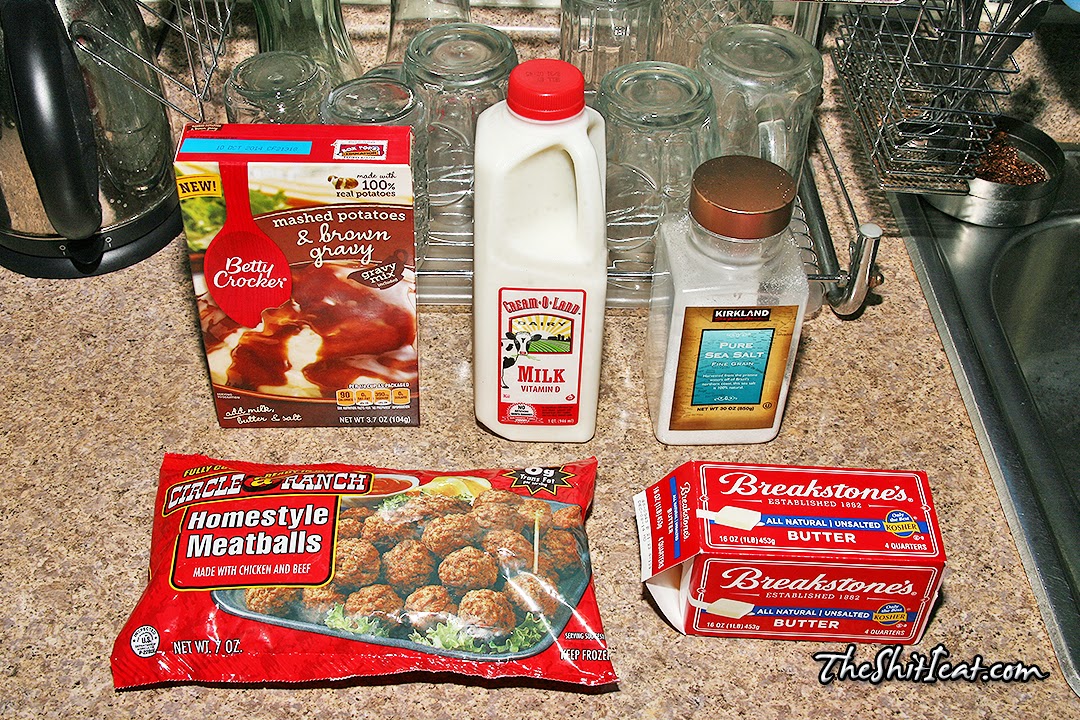 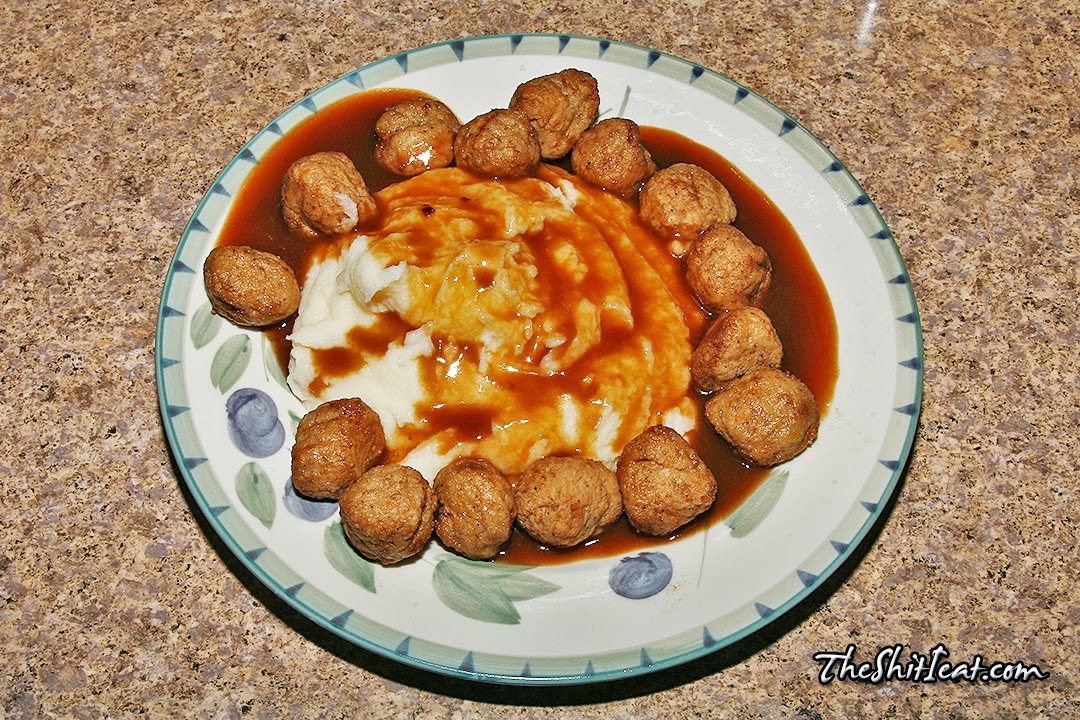 Found this box of potatoes over at Deals store for $0.50 so I decided to get it as well as their $1.00 meatballs. The cheapest mashed potatoes that they sell near my place goes for $1.29 per single-serving pouch, and here you have brown gravy to boot! I had no free space on the memory card when I began cooking, so I deleted couple of photos so I could take before and after shots. Added salt to make the potatoes more flavorful, since I already made a box of them before and the flakes were not that flovorful. Gravy was pretty good, and the meatballs were tasty as well.
Posted by Dick Anus at 7:37 AM

Email ThisBlogThis!Share to TwitterShare to FacebookShare to Pinterest
Labels: I Made It